Meet the Advisory Board Members

The Department of Sociology is pleased to introduce our current Adviory Board Members. Each member has provided a biography of their accomplishments, and a photo if available. 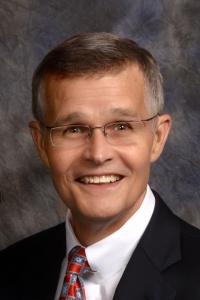 Dean Gibson earned his B.A. in sociology with emphasis in criminology from The Ohio State University in 1974.  A native of Oberlin, Ohio, Mr. Gibson worked for 32 years with Aon Hewitt, leading Human Resources and Total Rewards Consulting, HR/BPO and benefits administration outsourcing specialist teams.  He helped address complex client human resources, talent and total rewards issues, as well as HR/BPO, outsourcing and benefits administration solutions.  During his career with Aon Hewitt, he held office management, sales and sales management and client relationship management positions. He served as client relationship manager for over 20 midsize to large clients and for a number of Fortune 500 and 1,000 companies. His experience included publicly traded and privately owned corporations, public-sector, and tax exempt organizations.

Mr. Gibson is past President of the Central Ohio Chapter of the International Society of Certified Employee Benefits Specialists, former member of the OSU National Alumni Advisory Council, and liaison to the Executive Dean and Vice Provost of College of Arts and Sciences. He is a current member of the OSU Scarlet & Gray Ambassadors. Mr. Gibson retired in 2015 and currently lives in Columbus, Ohio. 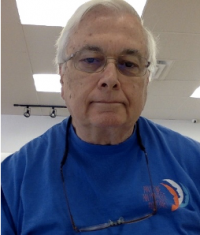 Michael Brooks received his B.A. and M.A. degrees at Texas Tech University and earned a Ph.D. from The Ohio State University in 1970. While at OSU, he taught for one year and then became a research assistant with the Disaster Research Center. His dissertation focused on a comparison of mass media responses in natural disaster and civil disturbance settings. 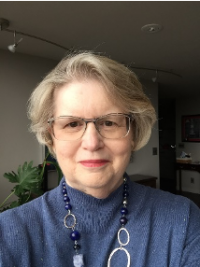 Pamela Conrad holds a B.A. in sociology from The Ohio State University. As an undergraduate, she was in student government and was named a University Outstanding Senior in 1971.  A native of Columbus, Pam has spent 44 years working in government and healthcare, starting as a policy analyst for the State of Ohio, then the City of Columbus.

She became a government affairs specialist for Blue Shield, then indulged her love of politics to become the Finance Director for the Ohio Democratic Party for six years. Ms. Conrad moved back to the healthcare industry, where she spent 28 years helping state government Medicaid programs upgrade their information management systems. She is a specialist in the use of data analytics to improve healthcare quality and affordability and is now retired. 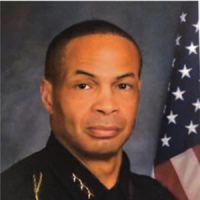 Calvin Higgins, Jr is a graduate of Ohio State University with a Bachelor of Arts in Criminology.  Upon graduating from Ohio State University in 1987, Calvin moved to Florida where he began his career in law enforcement, first employed as a police officer in Largo, Florida.  In 1991, Calvin joined the Drug Enforcement Administration (DEA) as a Special Agent.  During his time with DEA, Calvin returned to college where in 2005 he obtained a Master of Science in Criminal Justice from Tiffin (Ohio) University and in 2014, he obtained a Master of Arts in Political Science from Wayne State University in Detroit, Michigan.

In 2018, Calvin retired from the DEA after 27 years of service.  However, Calvin immediately return to law enforcement service when he was hired as the Chief of Police for the Federal Reserve Bank of Chicago Police Department, Detroit Branch.  Calvin recently defended his dissertation and in December will be awarded his PhD in Political Science from Wayne State University.  Calvin is married to Diane Higgins and has two daughters, Kasidy and Vanessa. 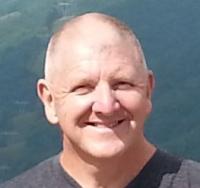 Brian Hunt is a lifelong resident of Ohio. He received his B.A. degree from The Ohio State University in sociology and a master’s degree from Loyola of New Orleans.  Following his graduation from OSU, he began his career with the Franklin County Municipal Court as a Bond Investigator and moved into the role of a Probation Officer.

After 11 years with the Franklin County court system, he continued his career by accepting an appointment with the United States Court in the Southern District of Ohio.  During his time with the U.S. Courts, Mr. Hunt worked in the probation office as a Supervision Officer, an Intensive Supervision Officer, and an Electronic Monitoring Specialist Officer. He retired from his career with the Federal Court System in 2014 and currently resides in Zanesville, Ohio. 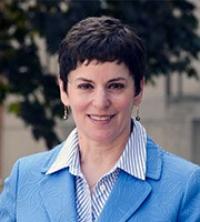 Risa Lazaroff earned her A.B., with high distinction, from the University of Michigan and her J.D. from The Ohio State University, where she was the Chief Managing Editor of The Ohio State Journal on Dispute Resolution.  Professor Lazaroff currently teaches Legal Analysis, Research, and Writing, Legal Drafting, and Appellate Advocacy and is the advisor for the Civil Litigation Concentration at Capital University Law School.  She is also a writing consultant for the law firm of Frost Brown Todd LLC and the Columbus office of Ice Miller LLP.

Before she began her teaching career, Professor Lazaroff practiced insurance defense litigation for health, life, and disability claims and served as a staff attorney for the Ohio Legislative Service Commission. She is a member of the Chief Justice Thomas Moyer American Inn of Court, the Ohio State Bar Association, and the Legal Writing Institute. Professor Lazaroff is licensed to practice law in the state of Ohio, the Southern and Northern Districts of Ohio, and the Sixth Circuit Court of Appeals. 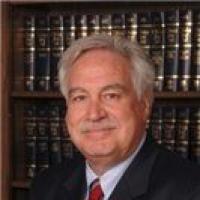 Jose Lopez is a principal associate of the law firm Lopez, Severt & Pratt Co., L.P.A. He practices law in the areas of personal injury, medical malpractice, civil litigation, criminal law, trials and appeals, estate planning, and probate matters. Mr. Lopez earned a B.A. degree from The Ohio State University in 1975 (majoring in sociology) and his law degree from the University of Dayton in 1979.

Since then, he has received multiple awards, including Ohio Super Lawyer, 2004 – 2008 and Top 100 Trial Lawyers from the American Trial Lawyers Association. He is a member of the Miami County Bar and Ohio State Bar Associations, as well as the Ohio Academy of Criminal Defense Lawyers. 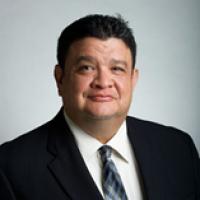 Ramiro Martinez earned his Ph.D. in sociology from The Ohio State University in 1992.  Over the past fifteen years, Dr. Martinez has received several honors and awards.  In 2011, he was a recipient of American Society of Criminology DPCC's Lifetime Achievement for outstanding scholarship in the area of race, crime, and justice.  He was also honored by his alma mater (formerly known as Southwest Texas State University) in 2009 with the Texas State University College of Liberal Arts Distinguished Alumni Achievement Award and the Texas State Alumni Association’s Alumni Achievement Award.  He previously received the American Sociological Association Latina\o Section Award for Distinguished Contributions to Research and a W.E.B. DuBois Fellowship from the National Institute of Justice. Since 2004, Dr. Martinez he has been a member of the National Science Foundation funded Racial Democracy, Crime and Justice-Network working group.  At the national level, he serves on the editorial boards of several academic journals. 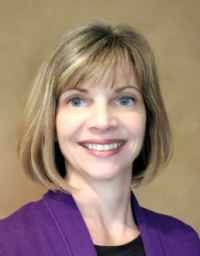 Tanya Poteet earned her Juris Doctor in 1991 and her Ph.D. in Sociology in 1998, both from The Ohio State University.  Dr. Poteet is Vice President of Institutional Integrity & University Counsel at Capital University. She is also an Associate Professor of Sociology and Criminology and an Adjunct Professor of Law.

Dr. Poteet manages Capital University’s legal needs, oversees the university’s enterprise risk management, compliance, and safety initiatives, and supports the governance of the Board of Trustees. Dr. Poteet leads a cross-divisional council to address institutional effectiveness and compliance with the broad array of legal, governmental, and accreditation requirements of the institution. In addition, she chairs the university’s Enterprise Risk Management Steering committee which works to proactively identify, define, and address risk from an enterprise risk framework. As general counsel for the university, she works closely with the Board and the administration on a variety of legal, policy, and governance issues.

Prior to her appointment as University Counsel, Dr. Poteet held several positions at Capital University including chair of the Behavioral Sciences Department, and as Assistant and Associate Dean of the College of Arts & Sciences. Classes she has taught include Law and Social Sciences, the Criminal Justice System, Sociology of Law, Class and Crime, Criminology, Social Research Methods, and Principles of Sociology

Earlier in her career, Dr. Poteet worked as an assistant public defender for the Office of the State Public Defender, where she specialized in death penalty cases, defending inmates convicted of capital murder in their post-conviction appeals before the state courts of Ohio. 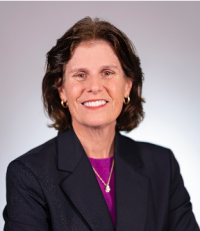 Shelley Zimmerman joined National University in January of 2019 as a Chancellor appointed professor focusing on public safety and leadership.

Prior to this appointment Chief Shelley Zimmerman was hired by the San Diego Police Department in October of 1982. She was promoted to Chief of Police on March 4, 2014 and retired on March 2, 2018 after an illustrious thirty-five-year career. She was born in Cleveland, Ohio and is a graduate of The Ohio State University, with a degree in Criminal Justice. She is also a graduate of the FBI National Academy, FBINA #241.

Chief Zimmerman assisted in the security planning for several large events in San Diego such as the Super Bowl, Republican National Convention, Comic Con, MLB All-Star game, major conferences, protests and the 4th of July Independence Day holiday at the beach, where more than one million people come to enjoy each year.

Chief Zimmerman believes in community policing and that public safety is a shared responsibility with everyone playing a crucial role in keeping San Diego safe. Chief Zimmerman instituted new policies and deployed new equipment such as body worn cameras, (the largest city at the time to do so), and gunshot detection sensors.

During Chief Zimmerman’s tenure as Chief (2014-2018) San Diego experienced historic low crime rates, including the lowest homicide rate per capita of any of the largest cities in the country. In 2017, the City of San Diego had the lowest overall crime in the past 49 years and was named the safest large city in America.

Accordion Header
Thank you to our previous members for your hard work and dedication. 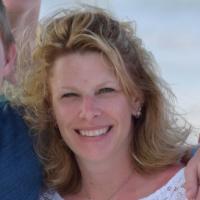 Heidi Gossett earned her B.A. in criminology from The Ohio State University in 1995. She has over 20 years of claims management experience and is currently a Claims Manager for NiSource, Inc.  Ms. Gossett is responsible for managing and executing the strategy, investigation, and settlement of the NiSource insured claim portfolio, including all Casualty and Disability lines. Prior to joining NiSource, Ms. Gossett was the Senior Director of Claims Administration at DHL Global Business Services for 8 years where she was responsible for establishing and directing the risk management claims strategy across the Americas region and managed claims with a loss portfolio in excess of $250M in exposure.  While in this role, she served as the Chairperson for the Global Claims Steering Committee, coordinating a group of her peers from across all regions of the world to focus on global process, procedures, manuals, and strategy.