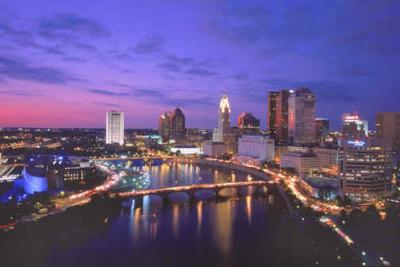 Ohio State University is located in the capital city of Columbus.  In addition to being home to the University, Columbus is also a thriving, vibrant community of over 750,000 residents and over 1.7 million in the region.  Columbus offers a myriad of opportunities, activities and events both on and off campus.  Visit Columbus Alive, Experience Columbus, or Columbus Underground to learn more about our city, and read on to see why Ohio State offers more than just football tickets!

Food
Recently highlighted by the Washington Post as a “new destination for food lovers,” Columbus is “a true food lover’s town.”  Several of our unique restaurants and markets have been highlighted on Food Network and Travel Channel.  No matter your taste or budget, Columbus offers a variety big enough to satisfy any appetite.  You can vist Columbus Alive to browse the city’s many culinary options.

See the map below for more about our neighborhoods, entertainment options, and metro parks.